Three years ago was the last time I did any kind of “year’s review” of aural nourishment, and I sort of feel the need to do it again. Those 24 hours of music are worth revisiting, and the following may not even count as a “best of,” but it is some of the best music I’ve heard this year, and I listen to an awful lot. Maybe call it a “compendium”? No that sounds too boring. In actuality this list is simply nothing more than a bunch of shit that goes on my iPod and ends up staying there for longer than it takes for me to get bored of it.

And yeah, there’s some strange shit indeed. Although I don’t cover any “pop” here, there’s still a very wide range of music represented, listeners will be hard pressed to find at least something attractive on this list. Click on the album title to find where you can get the release; you’ll find an amazing amount of these are on bandcamp and can be streamed for free. These also aren’t in any particular order, they all stand alone on their own and can’t really be compared to each other as a “top-#” list. So without further a’do… 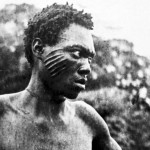 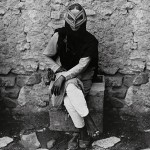 Andy Stott
Passed Me By / We Stay Together
Modern Love

I am so happy the throbbing washing machine multi-textured off-balance-beat dub techno sound has continued strong thanks to this artist. The constantly appearing layers are the most surprising and pleasing parts of these tracks, looping sound combinations you just don’t expect, spanning a wide spectrum. There emerge strange hypnotizing rhythms, thankfully not always percussively so, drawing the ear into a swaying communion. 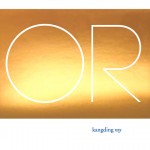 I like this label, I really do. I can listen to entire albums of strategically placed pitch-shifted static and buzzing and genuinely enjoy it. These tracks, however, have a personality that stands out among all the other click-pop-n-wrinkle hardcore glitch. Check out older albums too, all extremely nice static buzz filled phat bass ear candy with more of an organic character than your typical release from here. 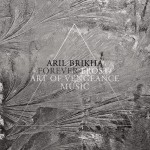 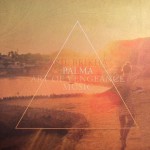 Getting involved in the Chicago house DJ scene made me a huge fawning sucker for that special deep style of dimly lit underground basement club speakers-in-your-ears house. These EPs – on Brikha’s new label, very worth following – provide a longing glimmer of those nights, a sliver of a view into that unending helical mass of filtered 4×4, but with the added flavor of a nicely wrought darker melodic display and just the right amount of unpretentious builds, expertly structured above thick analog basslines. 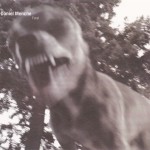 Really getting into the subtle noise of this album, a stereophonic treat where tendrils of sound creep into formation, directed by equally interesting shifts in rhythm. I’d certainly call it difficult listening, but more on the down-low engaging side than an all out aural assault, it even works as passive earpaper while I sysadmin. This artist is new to my ears this year, so definitely looking forward to discovering more, and super glad I bumped into this release when I did. 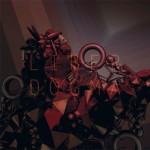 It was a great day when Ken Downie teamed up with Dust Science to resurrect The Black Dog in all its weird glory. It’s like a hole was in electronica and nobody ever knew it until new albums and remixes started showing up these past few years, and now here’s a slew of new tracks (colored vinyl if you’re one of the lucky ones!). The label page says the 12″es are meant a continuation of the more darkly ambient Music for Real Airports, but they are definitively more straight-ahead techno. Dogma, on the other hand, is one of my favorite listens of the year, meant as a snapshot of what tBd does live, and the result is a beautifully organic evolving mass of electronic exploration and funky groovability. I never got into this band much pre-Plaid, but what I’ve heard from that era doesn’t touch the production values of what they’re doing now. 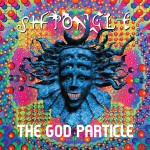 I can’t deny my love of this band and when even a small two-track release appears I’m all ears. So although some of their tracks get way too poppy for my taste, it’s perfect that these are somewhat oldskool, and I especially love the Pink Floyd mimickery (not entirely unlike Download’s “Flight of the Luminous Insects”). I guess there’s a lot I like in tracks like these that remind me of my favorite times as a kid listening to the unfolding of albums like Dark Side of the Moon, and that can’t be a bad thing. 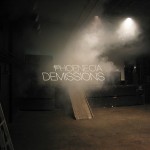 It’s really special when I find a record that caters more to darker electronica, the type of filtered analog sound with delicate beats and expansive reverberation atmospheres, the kind you’ll often think “man this would sound killer on a big system in the middle of the desert,” complete with crunchy liquid percussion. It’s not all beats though, there are some incredibly intense ambient sections that equally wrap your ears in haunting melodies from the other side of the chasm. 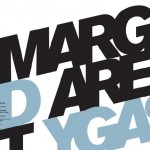 There is a playfulness in this album that compliments the regular cut-up and deep techno feel I usually get from the label. You know the drill: clean round synth harmonics contrast with crisp lines of shuffly drums and jazz-based samples nestled among the swelling and swaths of ululating drones… sounds typical, yes? Her arrangements are anything but; simple dissonant tonal contrasts propel the tunes beyond a boring four-by-four, and from out of nowhere you’re sifted into head-bobbing syncopation that evolved from surprises you didn’t even realize had happened. 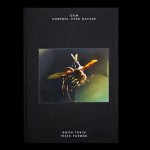 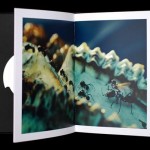 Some regular fans were real disappointed, but the people I know who love it probably do so for all the same reasons i do: a poignant lack of sampling other works, intense abstract sound design, at times tableau-like, to-the-point sonic explorations, familiar filtered analog synth kaleidoscopes mixed with ample digital acrobatics and just the right touch of an eerily disturbing off-kilterness. I got the fantastic blue-fabric bound book version from Amoeba in LA, which is this amazing outlay of a miniature insect-like world created by Tessa Farmer (interestingly enough the very day I interviewed at Buzz). I share some heritage with the album too, mastered as it is by my buddy Shawn (aka Twerk) over at AudibleOddities. 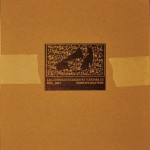 When I listen, I keep wanting the solemn hypnotic repetitions to evolve into a live jam of some sort, and I fondly call this melancholy collection ‘shoegaze klezmer’, if for nothing but the acoustic instrumentation. My favorite parts of it are the weirder, more experimentally minded sounds, rhythms and ambience that flow between and around the masterfully arranged conversation between the instruments (all played by the same composer and arranger). This is a record I might expect to find as a solid Tzadik release with some extended soloing, and will hopefully be picked up beyond its homemade short-run life and get some play out as a real ensemble. 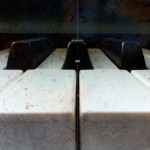 If you listen to any amount of electro-acoustic music you’re as painfully aware as I of the the glut of piano works. Fortunately idioms those… here broken… gLitsched… expectations frustrated – (just look at the title) – an immensely enjoyable equal footing of structure and form with materials instead of turning into some kind of accompaniment… driven and poignant, thickly colorful expositions. 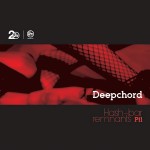 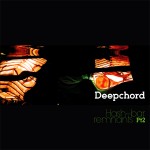 Rod Modell has got the knack for delivering a constant stream of floaty reverberating dub, and these installments are no exception. Slightly ambient tracks with lighter drums sit neatly beside heavier beats that could easily be mixed into techno – in fact all two volumes provide a wealth of nice and long dub house tracks for the discerning mixologist (there is even a follow-up release of loops from these records). 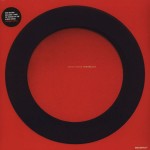 Usually when I see any remix on something done by Tejada, I get it, but have never been so much into the full albums. This one is the exception, a stellar atmospheric and minimal techno release, not to mention I just love having a Tejada vinyl with the ubiquitous Kompakt circles. 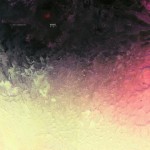 Geoff White finally takes off his techno mantle and gives back some even greater tracks from his more smoothly downtempo project. I like his house beats a lot, and the first Aeroc album was excellent, but this one takes all the elements of that goodness and fills in the rest with more of it, generously connecting with samples he uses in more upbeat affairs. Some of the best combinations of weird sounds and more traditional (acoustic) guitar licks out there, with plenty of groove to catch yer hook.

When you’re actually searching through the underground for new things instead of just allowing them to pop up, you tend to run into some pretty awesomely strange shit (I mentioned the strange shit, right?). So first of all, I hate this genre title: Witch House (and I know you’re thinking, “RUN’s house!”). The alternatives are maybe not that better… ‘Okkvlt’ is probably what works best for me, but there’s also ‘Zombie Rave’ or the more musicological but equally confusing term ‘drag’… not so easy to tell what they actually describe. To that end, I feel like these releases not only encapsulate a lot of what I’ve heard from this style, but also what has gotten through to me more than other stuff. Orchestral, subtle folk, wide range of analog synth timbres, a rave element dialed down to icey glacial projections, plenty of noise and drone elements scattered throughout. Beyond style really, where a lot of genres meet up to melt together in an underworld of aural sublimity. I especially like the aspects of this genre that seem to be meant to keep it underground, for instance the indecipherable symbols and alternate typefaces for titling make it quite difficult for search engines, and a lot of the cover art are just bizarre and weirdly disturbing collages or suggestive imagery, which of course I find fascinating because the music echoes the same combinatory spirit. Highly contrasting, highly original stuff.

Here’s a live set from the guys at Erotus (Blamstrain’s new label) celebrating its launch, featured in the Viides Uuden Musiikin Festivaali, or “Fifth Festival for New Music”, held in Kupittaanpuisto, Turku, Finland.

Download it to hear area, asketix, blamstrain, ercola, and mk10 (not necessarily in that order) throw down a continuous two and a half hour set of glitch-filled, sometimes psychedelic, always atmospheric minimal techno from 25 July in Finland.

One of my favorite sources for anything psychedelic, Twisted Records has started an online store with digital downloads.

Traditionally this has been a “DJ’s label” selling mostly vinyl and CDs of primarily music meant to be spun at a party, but it’s interesting to see them offering things digitally.

It matches up a bit with the direction of some of the music Posford and friends make now, a lot less “fringey” I’d call it – more use of pop elements some might say – not any less worldly but a lot more accessible for the common ear.

So on the one hand, you become less a fan of the music because of elements that you enjoy the music especially for being without, and on the other there is an entire world of ears out there being brought closer to the fringe.

Probably there is a happy medium where experiment solidifies into an entire musical experience, drawing people to different levels and depths but always satisfying.