I like to make myself feel as if I’m somehow close to the elusive community of electronic music. My problem, however, is that I am way too interested in multiple facets of music releases to pay attention in any style for very long. I seek out what really turns my ear, the gems of sound that are unique statements of purpose or individuality. Since I desire great pieces of listening, I spend time searching for it, which means I listen to a lot of not so great things too, and that goes double for netlabels. Needless to say I associate my music activities in a very close circle, I do very fringe stuff, really of a limited appeal on the grand scheme of things. My listening is only very more or less fringey than that, but I thought, well hell why not, I listen to all this music I may as well review it (however briefly) and share my twisted sense of what’s good music to the dozen people who bother to look at my blog (and if you do, i thank you for at least being interested). And yes you guessed it, listening to all 24 albums shown here will take you almost exactly 24 hours. So enjoy!

Autistici : Volume Objects : 12K
Subtle explorations of sound relationships and rhythm, blending elements of recognizable instruments and easy going synth gestures with elegantly placed electro-acoustic underpinning. I imagine a conductor with the most supreme control of his sonic elements, swirling around in a glaze.

Various : Favorite Places : Audiobulb
A wonderful concept! Recordings and compositions from favorite places of the included artists, a very personal record, wide in breadth. Equal parts phonography and arranged constructions, in some cases I feel like I become part of that place. Eerie and magical.

Ellen Allien : Sool : BPitch Control
Count this one as a surprise indeed. I’m used to a heavier hand when it comes to bpitch and this gal, so a well-crafted minimal techno album with some actual musical interest was the last thing I expected. The tunes are understated but driven in a way that especially matches the style, engaging but never harsh.

He Can Jog : Middlemarch : Audiobulb
There is a finesse with which HCJ can blend noise and consonance that’s infectious and maybe just a little frightening. He shares the same ranks with other electro-acoustic artists here that like a tasty blend of percussion with their textures, and I think he does it quite excellently with a sparing amount of sugar on top.

Ilkae : Light Industry : Eerik Inpuj Sound
Just one person now, Ilkae has released one heck of an outing that mixes pure abstract expressionism with a smattering of melodies and structures that stick in my ear until I’m humming it when I wake up in the morning. LSK and Magnesium are both choice cuts.

Proswell : Cyclothymia : Eerik Inpuj Sound
Over 65 tracks between 0 and 6 minutes. Inspired miniatures, fully rounded songs, brief brightly colored sketchings; some of the best work he’s done to date. A lot of the songs appeared in a podcast over the course of the year, but it is great to have a full collection of them under one cover. Randomized listening highly recommended.

Various : Format : Fällt
Along the same lines of the miniatures Proswell and Ilkae (and myself, inspired by thus) have done, one of my favorite pieces of this comp is Tonne’s “Paper/Pixels”: a corrugated 71 tracks at only 7 seconds or less apiece, from tiny little beats looped once to bursts of noise or nearly silence. Taylor Deupree and FourColor also stand out on this one, wonderful collection!

Tape : Luminarium : Häpna
Polished construction and structure, with a perfect balance of acoustic and electric. These guys know how to make an ensemble be an ensemble and not just a band trying to add computers. The compositional acumen stands on its own in a collection of poignant, soft melodies and instrumentation that I haven’t quite heard before in this context. Looking forward to more from this gang.

Various : Magnetism, That Electricity… : HighPoint LowLife
All the HPLL artists shine on this comp, but I especially like the dark analog synth contributions of Fink Industries (check out the remixes of his tracks too) and the contrasting bubbly lift of The Marcia Blaine School for Girls. There is such a wide range of styles on here that it’s difficult to describe, but it’s fantastic listening with a tropical forest of influences and approaches.

Anders Ilar : Sworn : Level
Moving to the 4×4 side of things, a flawlessly constructed set of tracks. Haunting would be a good word to describe the melodies and dub feel, but really it’s just good smooth techno with a nice groove and peppered funky.

Various : Terminal : Narita
This does have an Ilar track on it that could have easily been on Sworn, but it features so many other great techno folks that it deserves a place on my list for sure. Not to mention it’s supposedly the very last release from the depths of Merck/Narita. I like working in the garden with this one thumping out to me… Senior Frio, Blamstrain, Arctic Hospital, Brothomstates, Yard, Adam Johnson… grow plants grow!

Ø : Oleva : Sähkö
There are times when blocks of sound and imagined landscapes go hand in hand. Just wonderfully alien and funky, stuff that makes your torso vibrate. Contains probably my favorite Pink Floyd cover ever; “set the controls for the heart of the sun” is perfect for brooding, dark-sparked audio.

Various : Round Black Ghosts : ~scape
I have to be honest, the output of this label has been questionable for the past few years, so it’s good to hear this collection of experimentally tinged and dub-inspired dance grooves. Pole stands out of course, but 2562’s “Channel Two” is probably my favorite.

Unquestionably the best new thing to come out of Evan Bluetech’s new label. There is a hefty amount of experimentalism balanced out by beats, supported by (of course) a dub atmosphere, but further punctuated by a free jazz influence. Right up my alley, the vibraphone work is especially sublime. Somnia has turned out not to be a hyper-ambient thing like I feared, I’m encouraged by the diversity of their CD’s so far, and I love the beautiful packaging. Some of the only CDs I still buy, in fact.

Brassica : Microvictories : Tartaruga
Another CD I had to buy because of the packaging, Calika recommended this album, calling it the best thing he had heard this year. As you can see I had a hard enough time narrowing things down to 24, so naming something numero uno isn’t really my bag. However, I absolutely love the approach in this music. The same sort of collage-inspired acousmatic blending but with his own unique voice in a way that draws you into what’s happening, and before you know it the album is over. And you get an oragami turtle with it! How awesome is that?

This music reminds me the most of music school, I’m not sure why. I think there is a connection with composers I studied that made a subliminal crossing to the work of d’incise, but it could be the natural fluidity of the sound that works the most like a classical string quartet. I enjoy the fact that he uses less beats but arrives at the same atmosphere as earlier albums, carrying the listener along in what seems to be a storyline that never quite reveals itself.

Fennesz : Black Sea : Touch
Finally a Fennesz I can listen to all the way through without thinking it was on repeat the whole time. There is a lot more diversity in this record than any other, showing a real willingness to develop beyond the distorted-guitar-drone rut. I’ve heard other die-hard Fennesz fans poo-poo this album, so it’s interesting I think it’s more mature than others. It’s similar to how I think Murcof has grown, I’m looking forward to what he’s doing this year as well.

Portishead : Third : Universal Island
Uniquely spectacular in their own way. It thrills me to no end that they employed their own studio recordings for this instead of the sample-based thing. Not that Dummy isn’t the best triphop album ever, but they’ve shown here that the band is really a group with something musical to say, not just push out badass basslines. Beth Gibbons has the most sultry voice ever, I cannot get enough of her inflection.

Autechre : Quaristice : Warp
Say what you will, the “bonus” CD for this album is so much better than the “original version” of the tracks. I think it’s an amazing escape into surreal dancescapes and fractured electro, it’s very mature and non-egotistic Booth’n’Brown just having fun and making some cool ass tunes. The reason people hate these guys for doing things like this is because they won’t drop their expectations and just listen to the sound, and want it all to be like 1997 again.

Flying Lotus : Los Angeles : Warp
What I had always wished Prefuse73 was. And now I no longer have to! Artists who pull out just the right elements of hip hop that I like and pull it threadbare through an electronics sieve are A-OK in my book. It also helps this is not an hour of the same approach to beatcutting and voice splicing over and over again. I concede people are into that. I’m not.

Deadbeat : Roots and Wire : Wagon Repair
If you couldn’t tell there is a definitely swing towards the reggae side of things in my library. Swelling basslines and rim snaps, echoes filtering every which way, the sort of limping I love most. What starts off as a minimalistic break-beaty sort of dancehall album assuredly melts into easy rolling dubhouse. I think it’s the most well put together Deadbeat of any.

Letna : Tisza Meets Dunav : Zymogen
Ah some of the most beautiful drones of the year. Very popular this style, it’s only really successful when done with detail and depth. This album imagines me drifting between layers of impossibly smokey silk. 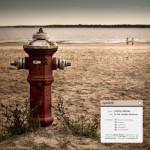 Jimmy Behan : In the Sudden Distance : Zymogen
A sort of minimal chamberwork, with an unevenness and simplicity that mingles the sound as if it belonged there the whole time. Definitely ambient, but more personal than a pure drone album, with smaller spaces and more intricacy.

Some others worth mentioning: